The B-side of ‘The Boys In Blue‘ sung by Manchester City is the fabulous ‘Funky City‘ featuring not footballers but the nascent 10cc.

In the late seventies I signed Gary Owen, and in 1979 negotiated a record-breaking transfer of circa. £500K with Ron Atkinson  when he moved from Manchester City F.C. to West Bromwich Albion F.C.

Ron Atkinson was great to deal with and he gave me this West Brom signature sheet which included Bryan Robson who would follow Ron Atkinson to Manchester United – later becoming captain of England. 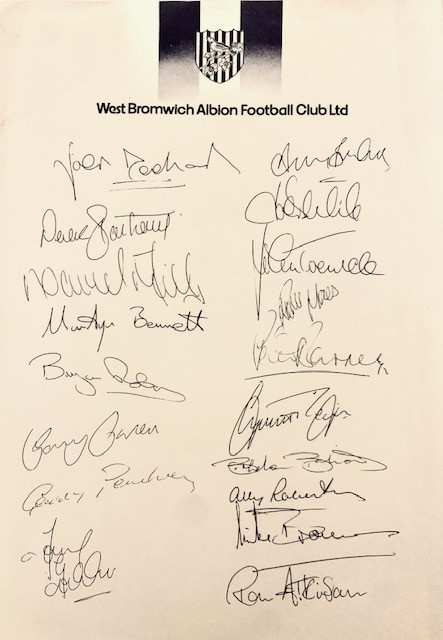 The song was originally conceived before Euro ’96 in anticipation of the possibility of Shearer joining Manchester United.   By the time it was recorded and put down on CD, Shearer had already signed to Newcastle United – hence the striped shirt and the Tyne bridge.

Spending the winters in the U.S.A. I now follow American Football and my team is the Green Bay Packers, the only American football team that runs its business as a community-owned enterprise.  They have fans from all over the U.S.A. like Manchester United in the U.K.

Although the lyrics for the United City Calypso are dated because of all the transfers, the Green Bay Packers have managed to field the same team and are likely contenders for the Superbowl in 2015.